Revenue has fallen steadily since 2014 and Harley Davidson has changed management team several times during these 20 consecutive quarters. Yet without coming to terms with Harley Davidson’s core challenge: Their highly priced touring motorcycle products diverging from their low and mid income ‘bad ass worker’ brand.

Reduced inventories are set to increase Harley Davidsons revenues in 2021 with 30-40% assuming one third drop in 2020. A well-known short-term trick that has two advantages: Reducing the working capital pressure that struggling dealerships experience and setting a low reference point for the turn around by Harley Davidson’s new CEO. Whether the turn-around would be successful long-term remains to be seen.

Harley Davidson’s still profile themselves against ‘bad ass workers’ while today’s bikes and build quality are Bentley class and prices. Distant is the time with oil leaking old Harley’s to the roadside and a beard-headed wrench-monkey on his knees.

Today’s Harley’s are more expensive than the equivalent BMW or Ducati. They are also one of few brands that press and weld fuel tanks and fenders in steel instead of plastic. Exclusive bikes made in American steel.

The ‘Bad ass worker’ brand and Harley Davidson’s products have slipped apart from each other. Far too few of the brand’s aging ‘bad ass worker’ customers recognize themselves as a $35-40,000 bagger or Livewire owner. They no longer buy new Harley’s. Renovating and customizing their old bikes in their garages or sipping beer exchanging road stories from past eras.

A fantastic brand risks becoming even more of stickers, apparels and ancient memories. Instead, Harley could spin on their American roots, on real motorcycles without all that plastic.

In the American tech startup culture, there is money, the pursuit of freedom and today’s American core values (entrepreneurship, freedom, open road). The 2020-centure customers?

So, let’s start by shortly summarize Harley Davidsons new 5-year strategy plan they call the Rewire. We will then analyze if that address Harley Davidson’s core challenge – the discrepancy between their ‘bas ass worker’ brand and their actual products:

New bikes like their coming adventure touring bike the Pan America will likely to be introduced as well, considering money spent already.

Harley will also remain committed to their new push into electric motorcycles which makes a lot of sense considering the general trend in transportation.

This shall be read that Harley Davidson is now focusing on North America and Europe, giving the ax to India and China. Entering a new market is extremely costly building traditional retailer and service networks and making local market product adjustments and homologation.

Focusing on their two core markets where they have their footprint well established makes a lot of sense.

Improving their operations will allow Harley Davison to launch their products closer to the season, luring more bikers to switch to a newer model. It comes at the expense of less early deposits with a hit on working capital but the number of units sold is likely to increase.

Harley Davison has always been strong in nursing their ‘bad ass worker’ brand. Parts and accessories have been an important part of that with t-shirts, leader jackets screaming Harley Davison.

Not to mention their Screaming Eagle hard-ware accessories: Stage 1, Stage 2, Stage 3 and Stage 4 trim levels with exhaust pipes, filters and cam shafts that cost a fortune, and still produce more sound than performance upgrade. It’s part of the ‘bad ass worker’ brand slowly cruising down the hill yet with a notable sound of a big bore engine.

Being very strong in parts and accessories already its seems logic to fully explore that strength. Focus on your strength rather than your weakness if making a substantial push forward. Exactly what it means remains, also, to be seen.

Cost cutting and sliming the organization is basic management dealing with a declining business. No surprise then that the new CEO start by cutting the work force with 12%. Reducing inventories at the dealership with a temporarily decline in revenue help in the negotiations with the unions.

Adjusting Harley Davidson’s operating model is critical should Harley Davison really aim to address their core challenges. Bikes built to order as apposed being build speculative, with orders coming late ahead of the season, put the pressure on IT, sourcing and operation. Triming the organization should help Harley Davidson become more agile than before.

The chief architect behind Harley Davidson’s new strategy is their new German born CEO Jochen Zeitz. He was previously the CEO and Chairman of sports apparel brand Puma. Time will tell if above Rewire strategy will make the difference to Harley Davison and address Harley Davidson’s core challenge. Old memories recall that Harley Davison tried to pull off a similar cruiser focused strategy during the 1980’s financial crisis, but failed

Past challenges and turn around attempts

Harley Davison’s ‘bad ass worker’ image was emphasized from those 1970’s to 2000’s break-down. Brand loyalty remained strong however and Harley Davidson is today arguably one of the world’s most iconic brands.

The reality belongs to the past, however. The 1994 EVO Sportster was pretty much built proof and remained in production for many years. In 2016 Harley Davison introduced the modern and reliable Milwaukee 8 engine. And now, in 2020, Harley Davidson has introduced their first water-cooled big bore engine for their cruisers and touring bikes.

The new era of big bore reliable touring bikes aligns with current emission control standards. The future seems technologically secured. Or does it? More on that later on.

Let’s repeat that a brand is not color and forms but people’s opinions about a certain company and its products. The Harley Davidson brand is all about American values. William Harley and the Davidson brothers, Walter, William and Arthur, where the early 1900’s entrepreneurs developing their own motorcycle. Adventures as they were, Walter Davidson became an avid racer propelling the design and attraction of Harley Davidson’s motorcycles.

Indian, Triumph and Harley Davidson all rely heavily on their heritage that stretches back more than a century. Harley Davison and Triumph are the only brands of the three that have not yet gone bankrupt, but both has seen huge challenges throughout the years. Challenged by technically superior Japanese motorcycles in the 1970’s to 1980’s.

Stuck in old school designs throughout the 1990’s and 2000’s Harley Davison is still associated with low reliability and old men with strong brand loyalty. Newer and younger riders were drown to other brands with higher reliable and more engaging bikes.

Harley Davidson has gradually become synonymous with cult, apparels, customizing and garage hours rather than actual riding. That is not the way to sell new bikes.

Cost and price increases has also made Harley Davidson increasingly unattainable to their core followers of elderly, rural working-class men. A wealthier audience is found in urban areas. Those folks however are less mechanically skilled and less interested in doing maintenance themself.

Changing their product launch dates and adjusting their organization, operating model and cost structure also comes out of financial necessity. So, does building parts and accessories to its full potential, being the last of the new Rewire strategy pillar.

However, none of these strategic initiatives address the brand challenge with ‘bad ass workers’ not being attracted to big and expensive touring bikes. Where shall new Harley Davidson customers come from when the old men stop bying new motorcycles?

Will legendary Willie G. Davidson rejoin Harley Davidson as an advisor? I believe it to be a smart move as an advocate of core Harley Davidson values. If coupled and challenged by new urban economy influencers.

Jochen Zeitz recently said that he will form a CEO advisory board with dealer representatives and former Harley Davidson leaders. In my opinion, that might be Harley Davidson’s start to carefully rework the Harley Davidson brand. Harley Davidson needs to lean more towards the urban community where the money is in order to attract new customers to their expensive touring motorcycles.

How can we analyze Harley Davidson’s brand challenge?

Follow the money is an old saying in sales strategy. It is a necessity in Harley Davidsons case. Their $35-40,000 touring motorcycles cost two to three times more than a Japanese motorcycle and twice as much as an equivalent BMW or Ducati.

To their defense: Tanks and fenders are pressed and welded in American steel and not molded in plastic. And here lay some of the secret for a potential success, in my opinion.

Harley Davidson is an iconic brand and almost as American as North America itself:

Following the money and combining these core American and Harley Davidson associations leads us to the following possible (re-) brand values. Slightly tweaked:

Harley Davidson will need to change their marketing dramatically. They need to shift their brand from “bad ass workers”, with too low income, for the benefit of well-off entrepreneurs.

Remember Harley Davidson just having released their first ever water-cooled, modern emission standard compliant big bore engine? How does a big bore engine stack up against even tougher emission standards and the entire electrification trend? Harley Davidson has stated to remain committed towards electrification. That is the smart move to make medium-term with electric vehicle technology transforming very fast.

Share this guide on social media, email or print: 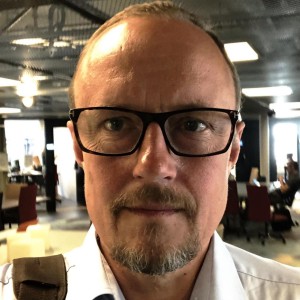 Jonas has 25 years operational experience growing businesses, 10 years with venture capital and private equity and more than $8 billion in personal transaction experience. For the last 5 years Jonas has been an entrepreneur himself. If you want to learn how to scale sales beyond your early adopters, you’ve come to the right place.

For those of you that do not have operationally skilled investors and are not yet ready to hire an advisor to help solve your specific growth challenges, this site is for you.